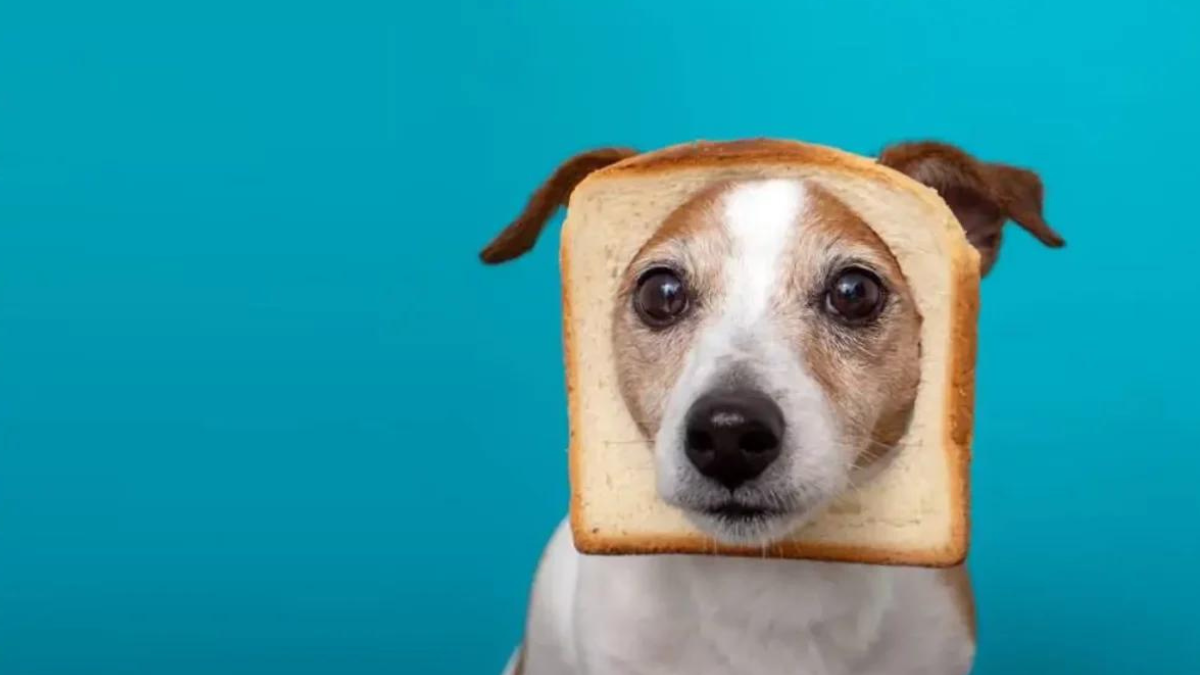 Bread is, without a doubt, one of the most common and consumed foods in Spanish homes.

So much so that, according to the Household Consumption Panel of the Ministry of Agriculture, Fisheries and Food (MAPA) , each Spaniard consumes around 35 kilos of bread per year. This means that each household puts an average of 87.5 kilos of bread in its pantry each year .

As it is a very perishable food, many people take the opportunity to offer their furry pieces of bread as soon as it gets hard.

Now, can dogs eat bread? What happens if a dog eats bread?

Here’s what veterinary experts say about it. Keep reading! 👇👇👇

If you are one of those who call your dog every time they find a piece of stale bread in the drawer, the first thing you should know is that dogs are carnivorous animals and not omnivores like people.

This means that your body is not as prepared as ours to assimilate carbohydrates.

This is corroborated by different studies, despite the fact that, as several scientific investigations have been able to find out, domestication has been causing a series of modifications in the canine digestive system , thus opening the debate on whether dogs can eat bread or not.

One of the most important has been led by the geneticist Erik Axelsson, from the University of Uppsala in Sweden, who based on the assumption that dogs and wolves share 99.8% of the genes , studied the effect of bread on the organism of both animals reaching a double conclusion:

A study from which it can be extracted that, despite the fact that domestication has helped to improve the degree of tolerance of dogs to carbohydrates, their tolerance to this group of foods is still insufficient.

❌ Therefore, since their digestive system is not prepared to absorb, digest and feed on carbohydrates, veterinary doctors recommend not including bread in the usual diet of furry ones. ❌

It does not mean that they cannot eat it from time to time and in a controlled way to avoid, among other things, that it can cause problems of being overweight. As long as they are not celiac!

The canine organism does not make any difference between white bread and whole wheat bread.

The answer to the question of whether dogs can eat wholemeal bread is therefore the same: yes, as long as they are not allergic to gluten and consume it sporadically and in small portions.

That said, in the event that you have some white or wholemeal bread leftover from one day to the next and you want to give a piece to your four-legged friend, choose the wholemeal, since this, having a high fiber content , helps the digestive system of dogs.

If giving white or wholemeal bread to a dog is not recommended, giving it sweet bread is even less so , since, as you know, glucose can cause significant alterations in the metabolism of furry dogs.

Those who, despite scientific evidence, do not think twice about offering sweet bread or pastries to their best friends are not only multiplying the chances that their dog will develop obesity problems , but also that they will end up generating other even more dangerous diseases such as diabetes or vision loss.

As you can see, resorting to bread (white, wholemeal or sweet) as a treat or as a food supplement for dogs is highly inadvisable.

Very especially in dogs with delicate digestive systems and obesity problems, so if this is the case of your dog, avoid offering bread and visit the veterinarian so that, after studying your specific case, design a diet that allows you to improve its quality . of life and help you lose weight.

And as we always say in My New Best Friend, for more information related to canine nutrition, ask your veterinarian, since nobody knows your pet better. 🐶💚