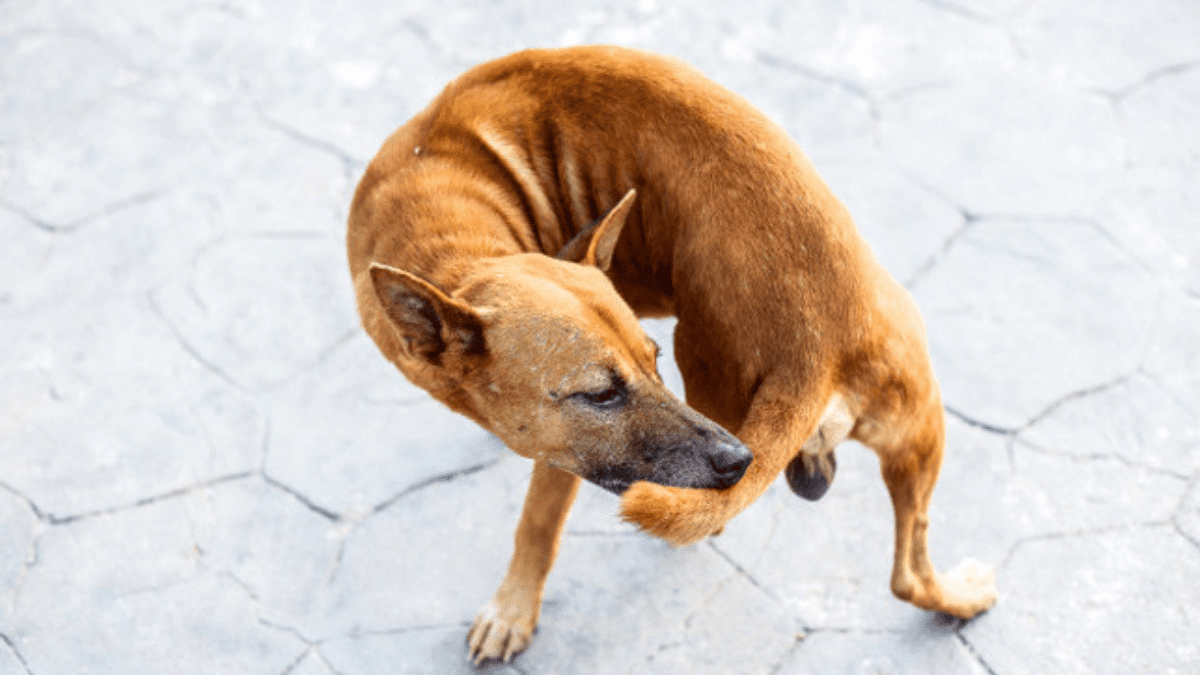 You have probably already observed this behavior in your dog, this funny dance in which he indulges before doing a significant errand.

The animal first spins on its own before starting its business, sometimes looking its master straight in the eye.

A question of magnetism

This is perhaps the last answer we expected to the question of this curious circle that our dogs make when they defecate, but they seem to be trying to position themselves on an axisNorth South.

An attitude which can leave us perplexed, but which has been observed in many mammals in the wild and domesticated state, the animals being much more sensitive than humans to the magnetic poles of our planet.

This curious choice made by our doggies has not found any scientific explanation, and this hypothesis is only based on observations – all the same, made on 70 dogs for two years.

Be aware that dogs only position themselves on this axis when they are loose, not on a leash, and when the Earth’s magnetic field is stable (1).

A Question of Safety

Another theory, less mystical but based only on suppositions and not observations, suggests that dogs will perform this little ritual to ensure danger surrounding them.

For this reason, some of them observe their master insistently when they relieve themselves, looking for reassuring signs.

See also  Why Does My Dog Eat So Fast and Anxiously?

This behavior would come from the distant origins of dogs, namely from their ancestors, the wolves, for whom the moment devoted to natural needs is dangerous.

In a position to define, the dog can neither defend itself nor flee, making it particularly vulnerable in nature.

He must therefore make sure that no danger lurks before getting to work and will tend to check that his master does not perceive the slightest threat during the operation either.

An element is often forgotten in the education process

Educating your animal is good, but it is also imperative to think about protecting your dog against the vagaries of life.

A question of digestion

For others, the answer to this mystery is systemic, and the dog performs this little dance to activate its digestive system and prepare to defecate.

This small round would then intervene when the dog does not want to relieve himself but tries to do so because he is in an ideal place.

This would, for example, be the case when the dog is in his favorite corner or simply in a place where a smell tells him that it would be a good omen to leave his mark here.

A reasonable hypothesis remains theoretical for the moment since, again, there is no scientific evidence to support it.

Dogs are far from having revealed all their mysteries to us, and many of their behaviors, no doubt driven by distant instincts or by an understanding of their environment that differs from ours, remain unexplained.

For the time being, the secret of this funny round remains well-kept, even if specific explanations point to their noses without providing scientific proof to establish their credibility.

See also  Can dogs eat raw chicken: should you give it to them?

And you, what are your assumptions about this strange behavior?