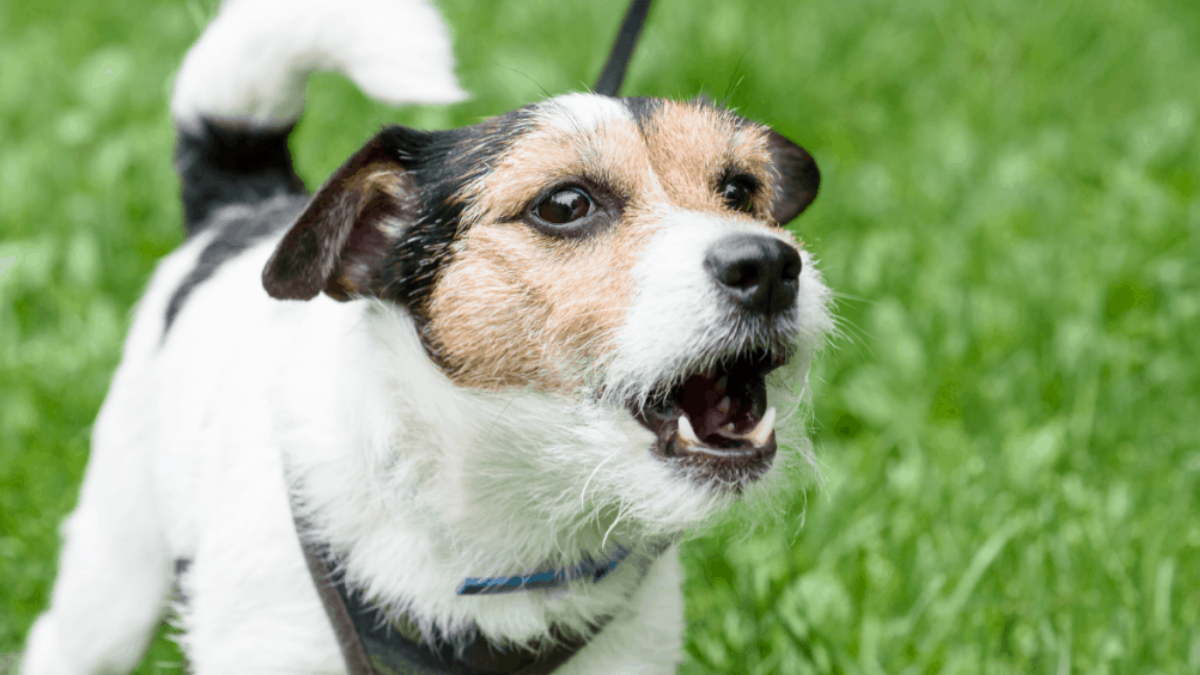 Despite what many believe, there are no aggressive dog breeds, but dogs that, by nature, have a greater protective instinct and alower degree of tolerance for certain scenarios.

Because, as veterinarians often repeat every time this issue is discussed, no dog is born aggressive.

That said, if your four-legged best friend starts to have aggressive behaviors with other dogs, don’t wait to take action to prevent the problem from getting worse.

Why is my dog aggressive with other dogs?

The first thing to do when detecting the first signs of aggression in a dog is to go to the veterinarian or ethologist to determine the origin of that reactive attitude.

And there are many reasons why a dog can become aggressive.

Often what hides behind this irascibility and irritability is a health problem such as:

It should also be noted that, although it is not usual, occasionally there are cases of aggressive dogs after neutering.

At this point it is important to emphasize that in almost all these medical conditions indicate aggressiveness is accompanied by alterations in mood, complaints or crying.

In addition to a health problem, a dog can also be aggressive by:

How to Make Your Dog Non-Aggressive

Here are the tips experts recommend:

As ethologists often repeat, the key to preventing a dog from developing aggressive behaviors is education.

To prevent a dog from becoming aggressive itis necessary to train and train it from puppyhood. And it is essential that you know from minute one who is the leader of the pack.

Some simple tricks to make you see who the master is are:

Once you know who is in charge it will be much easier foryou to reprimand him every time he grows, shows his teeth or tries to bitea dog or someone.

Each time he does, give him a small tap with his finger and accompany this gesture with a strong and resounding “No!”

In the event that you can not prevent him from biting, punish him by leaving him alone for a few minutes. Nothing like the action-reaction (bite-loneliness) method to teach a dog.

Get him to socialize with other dogs

If your dog is still a puppy, make sure that he relates to other dogs and people, always in an open space where he has previously been and while holding him on a leash to correct him as many times as necessary.

Whenever he is minimally aggressive, reprimand him and correct his attitude. With patience, and by repeating this exercise, you will get used to the presence of unknown people and dogs.

See also  What are the easiest dog breeds to train?

In the same way, do not forget to reward him with a treat every time you detect progress or see that he reacts positively to the presence of dogs or strangers to him.

With time, patience and love you will end up correcting their aggressiveness.

And it is that any effort is little to prevent it from ending up crossing the dreaded ‘red line’ that forces the aggressive dog to be euthanized.

If despite following all these tips, and after having tried to correct their attitude for several weeks, you do not notice any progress, put yourself in the hands of an expert trainer in aggressive dogs.

Luckily, there are more and more professionals specialized in redirecting aggressive behaviors that can be found throughout our geography.

Nobody like them to get happiness back to your dog and your entire home. 🐶💚