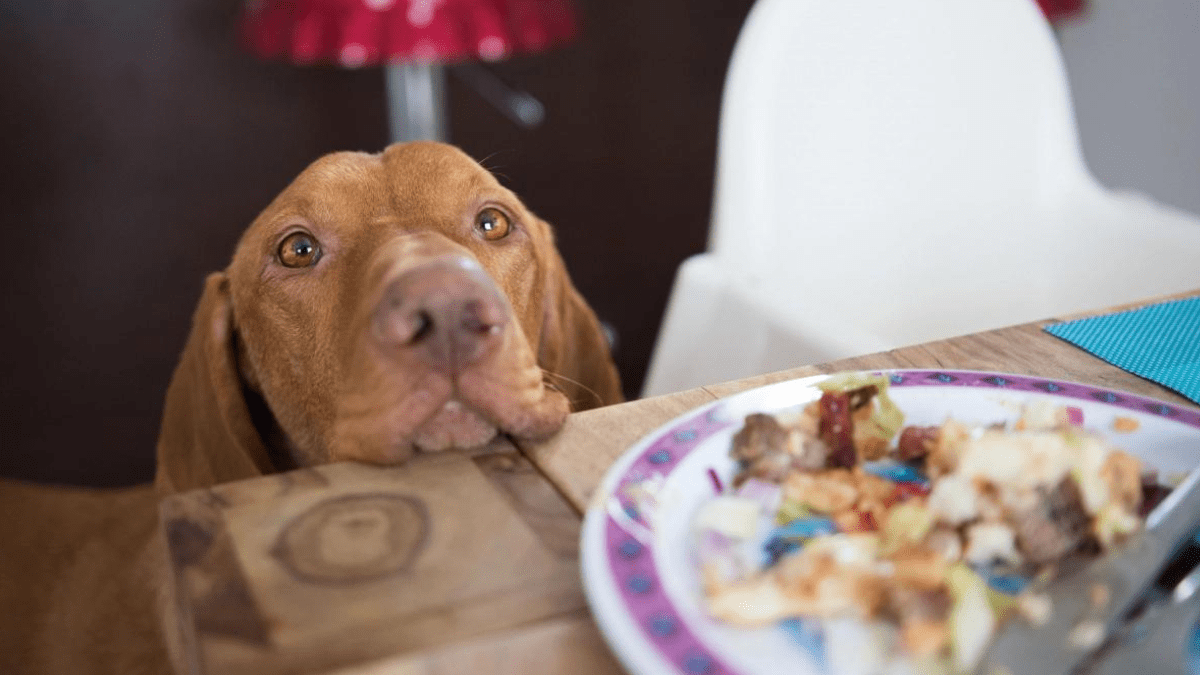 Almost all masters have already seen their dog having fun chewing cheerfully on an object that was not intended for him.

Sometimes, the dog ends up swallowing the object in question, which can pose serious health.

Beyond the problem of the potential toxicity of the foreign body thus ingested, there is the question of its harmfulness.

Indeed, most non-toxic objects remain inedible; that is to say, if they do not present a risk of poisoning, they are not necessarily intended to be swallowed and can cause damage to the body. Body of your puppy.

What is a foreign body?

We call “foreign body” any element in the dog’s body that is foreign to it, that is to say, that it comes from outside.

A foreign body is not necessarily found in the dog’s body after being ingested: a wound, for example, may contain foreign bodies (pieces of glass, shotgun pellets, thorns, etc.).

In the case of ingestion – which interests us here – the foreign body is somewhere in the dog’s digestive system: esophagus, stomach, small intestine, or large intestine.

Any object that our dogs love can become a foreign object: toys, trash, bones, sticks, or anything else your faithful companion considers fun or delicious.

Ingestion of a foreign body by a dog: What symptoms?

Unless you catch your pet in the act, it is not necessarily apparent whether he may have swallowed a foreign body.

Symptoms of Bowel Obstruction in Dogs

Seeking signs of bowel obstruction and stomach pain, such as vomiting, diarrhea, or constipation, can help guide you in your diagnosis.

The dog’s general condition can also be altered, especially if the animal is in pain, in which case it will probably show itself dejected or, on the contrary, more agitated than usual.

It should be noted that the clinical signs will differ depending on the site of the digestive system where the obstruction is located.

Thus, the higher the occlusion, the more acute the symptoms and the more violent and rapid the deterioration of the general state of health of the dog.

When the foreign body is in the large intestine, vomiting is rarer or even absent, and the deterioration of the dog’s state of health is more insidious.

See also  Why does my dog spin around itself before they poop?

In case of perforation, the dog presents internal bleeding, which can result in the presence of blood in its stools, its urine, or its vomit. (1)

If your puppy has swallowed an object stuck in his esophagus, he may try to vomit it up unsuccessfully or drool excessively.

It is also possible to observe signs of respiratory distress, especially if the foreign body is large and puts pressure on the dog’s trachea.

Finally, the animal is generally no longer able to eat and has anorexia, followed by weight loss if the master has not had his animal treated.

Ingestion of an asymptomatic foreign body

If the foreign body is not toxic, not too large, and not blunt, it may cause no harm to your dog’s body and come out naturally as it entered.

Beware, however, of partial intestinal occlusions, which can be “silent” and last for months before eventually causing an infection, perforation, or complete occlusion, which will lead the owner to take his dog urgently to a veterinarian.

Ingestion of a foreign body by a dog: What are the risks?

Indeed, some dogs will perfectly manage to evacuate pieces of fabric, string, small toys, or small foreign bodies from their digestive system through natural channels.

In others, a plug may form, causing an intestinal obstruction that will require veterinary surgery.

Poisoning consequence of ingesting foreign bodies that should not be taken lightly, especially if your dog has swallowed batteries, a battery, food, or medicine for humans, plants, or chemicals.

Finally, there is also a significant risk of infestation by internal parasites when a dog eats anything, including organic matter (detritus, dead animals, etc.).

How do we meet veterinary costs in the event of illness or accident?

I strongly advise you to seek dog insurance to avoid high health costs.

To find the offer that best suits you and at the best price, you can use this free comparator which will allow you to save up to 60% on your costs.

Why does my dog ​​swallow objects?

It’s hard to understand why dogs have a mania for swallowing all sorts of inedible objects despite common sense.

Suppose this type of behavior is episodic in your animal. In that case, he may have just let himself be carried away by too great an interest in an object arousing an excessive enthusiasm, which he will show by chewing it diligently until the end of his life. ‘swallow.

Other dogs are goofs and have a mania for instinctively eating everything they come across, as is often the case with Beagles.

See also  How to take a dog in the car: tips and recommendations in 2023

For puppies, normal behavior is an integral part of the phase of discovering their environment.

This is the case with Pica syndrome, which makes dogs compulsively swallow anything – including their feces – for no apparent reason.

The causes of Pica syndrome are unknown, but experts agree that different factors may come into play.

Stress or anxiety could come into play, as well as a desire to attract the master’s attention or, quite simply, to translate a profound physical or intellectual boredom.

It is also possible that dogs with this syndrome imitate the behavior of other animals, particularly of their parents, the bitch swallowing the organic waste of her puppies during their grooming during the first month of their existence. (2)

How should I react if my dog ​​has swallowed a foreign body?

If your dog has swallowed an inedible but non-toxic foreign object, such as pebbles, a piece of wood or fabric, a toy, or a bone, the best thing to do is let nature take its course.

Oversee your dog and check his feces to see if he has passed the foreign body.

If your animal shows vomiting, diarrhea, or abnormal behavior following this ingestion, go to your veterinarian quickly.

If your animal has swallowed a plant or a substance of which you do not know the toxicity, quickly contact a poison control center for animals so that they can inform you of the dangers of the ingested product and the procedure to follow.

How do I prevent my dog ​​from ingesting foreign bodies?

To prevent your dog from swallowing anything, the ideal is to teach him specific cool-down commands, such as “let go” or “leash,” so that he learns to let go of what he is holding on to—his mouth when you ask him.

To do this, use a positive method: when your dog is interested in an inedible object, and you suspect him of wanting to eat it, order him to let it go and present him with one of his favorite toys—the place.

As soon as your doggie, the animal, has dropped the object in question to take an interest in his favorite toy, congratulate him widely.

Providing your dog with objects that he can chew without danger is also an excellent way to channel his chewing desires.

A large beef bone, too big to swallow and hard to break, or a rubber toy resistant like the KONG toy will do the job perfectly!

Get into the habit of presenting these items to him whenever you catch him chewing on an unwanted and potentially dangerous object.

Listening to your animal

It is also essential to remember that dogs need constant attention from their masters. Otherwise, they can suffer severely from boredom which causes them stress. And devastating anxiety.

So always be attentive to your animal’s needs, and don’t neglect it: it needs both physical and intellectual stress.

In the event of behavioral problems, calling a dog trainer is the best solution to discover what is bothering your dog and leading him to adopt abnormal eating behavior.

If you face the wall, without any solution to prevent your animal from swallowing everything that falls under its paw at risk to its health, you can also opt for a muzzle.

In this case, choose an ergonomic accessory that allows him to breathe comfortably, drink, and eat.

A nylon muzzle is highly inadvisable for prolonged use (time for a walk, for example) because, although its soft texture suggests otherwise, it is much more difficult for your doggie to bear. And can even suffocate.

A dog needs to pant to breathe correctly and, above all, to regulate its body heat.

However, the nylon muzzle keeps the animal’s mouth closed, preventing it from performing this vital exercise.

Frequently asked questions by owners about the ingestion of foreign bodies by dogs.

My dog ​​has swallowed a foreign body; what are the risks for his health?

The two main risks incurred by an animal that has swallowed a foreign body are poisoning and intestinal obstruction.

If the foreign body is small and non-toxic, your dog has little risk, but you should still monitor it closely in the coming days to ensure it has been evacuated.

What should I do if my dog ​​has swallowed a foreign body?

If the foreign body that your dog has swallowed is not a toxic substance (product or plant), let nature take its course while monitoring its state of health.

Any abnormality in his behavior or digestive disorders (vomiting, diarrhea, anorexia) should prompt you to consult a veterinarian without delay.

How do I know if my dog ​​has swallowed a foreign body?

It’s not apparent whether your pet has ingested a foreign body unless you catch him in the act.

However, a change in behavior, an unusual attitude, or digestive disturbances may lead you to suspect bowel obstruction or poisoning.

How do I prevent my dog ​​from swallowing foreign bodies?

The idea is to teach your dog to let go and leave inedible objects when you give him the order.

Sometimes it is helpful to meet with a behaviorist or dog training specialist to achieve this result, especially if your dog has Pica syndrome or unbalanced behavior.

Foreign body ingestion by dogs is not an uncommon behavior, but it should alert you when it becomes pathological.

The significant risk is intestinal obstruction, which affects thousands of dogs yearly and can end the animal’s life.

Do you have a voracious dog or one suffering from Pica syndrome? What are your tricks to prevent him from swallowing anything?

Please share your experiences or ask us your questions in the comments of this article!